Costs are rising everywhere – from the gas pump to the grocery store. Battery prices are not immune. The annual inflation rate, as defined by the Consumer Price Index (CPI), is currently at 9.1 percent – the highest in four decades. Many expect price increases to correspond with inflation, but there are many different factors that contribute to the price you pay. 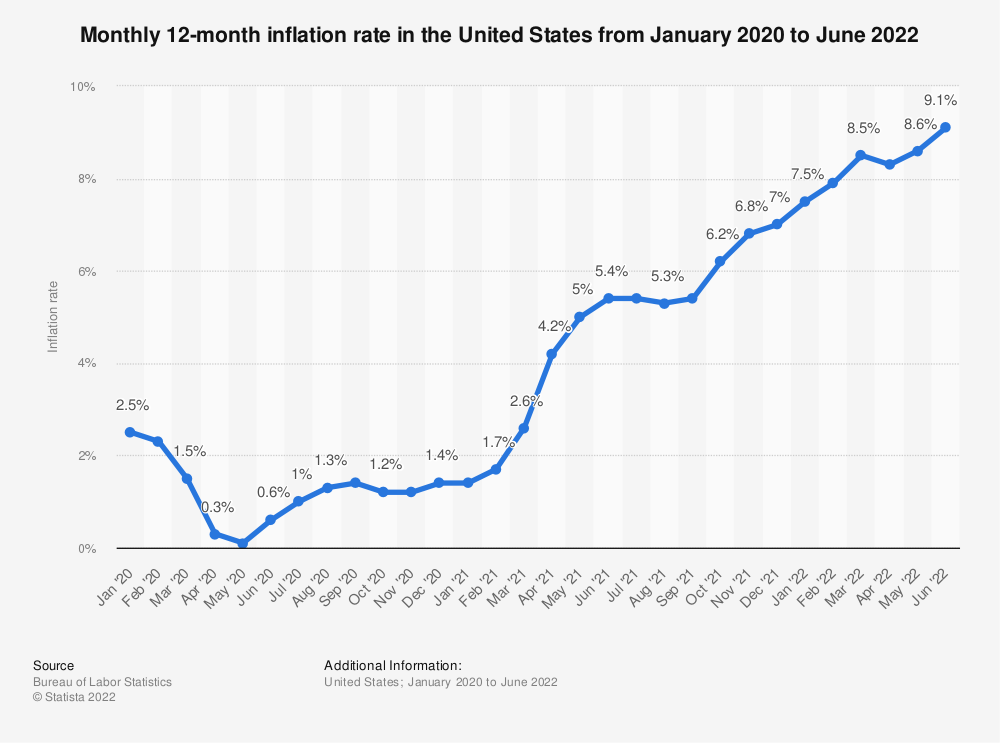 Commodities typically respond to changes between import prices and the U.S. dollar. Commodity prices are also susceptible to natural disasters that don’t necessarily correspond with inflation. The pandemic led to widespread supply chain disruptions, as well as product and labor shortages. In addition, last year’s hurricane season was the third most active year, causing more than $80 billion in damage.

Commodity prices greatly impact manufacturing costs. For many companies, increasing their prices is not about increasing profit margins. It is simply the unfortunate fact that they cannot absorb the increases and continue to stay in business.

When supply cannot meet demand, price increases will typically follow. The lead battery industry competes with a wide variety of other sectors for component materials.

The electrolyte, a mixture of water and sulfuric acid, is a key component of a lead battery. The reaction between the lead plates and the electrolyte generates the battery’s power. The cost of sulfuric acid has risen over 60 percent in the past 12 months. While commonly used in the industrial sector, sulfuric acid is also important in the agricultural sector. The fertilizer industry accounted for more than 60 percent of total global consumption in 2020. The U.S. is the second-largest producer of sulfur, generating approximately 8.1 million metric tons annually. In “normal” times, there is plenty for both industries. Today, sulfuric acid is heavily in demand and harder to come by.

Costs of metals have also increased significantly and impacted battery prices. In lead batteries, tin and antimony are commonly used for mechanical strength and to improve electrical properties. Steel is used for the casing of industrial batteries.

In 2018, tariffs caused steel prices to jump from $0.30/lb to $0.48/lb, and then with the pandemic prices topped out at $1.25/lb. While prices have since come down, it is important to note there was no shortage back in 2018, and it still took 18 months for prices to decrease. It may take as long as two to three years with no further disruptions to continue that downward trend. Other events such as foreign wars have an impact on this outlook as the government could allocate steel to the defense industry or supply chains could be further disrupted.

A number of factors have led to supply shortages of poly. As a petroleum-based product, supply is dependent on the oil industry. Shortages are primarily due to how that industry allocates resources – to gas, poly or other petroleum-based products. Scaling back on oil production affects not only the price at the pump but also any company that uses poly resin.

Lead is also in short supply, even though lead batteries are one of the most recycled consumer products. The shortage is primarily due to a deficit between recycling facility capacities and overall demand. U.S. battery manufacturers source about 73 percent of the needed lead from domestic lead battery recycling. Over the past 12 to 15 years, environmental restrictions have led to many companies closing facilities, leading to a significant shortage in capacity. The market has not been able to recoup these shortages from other, cost-effective sources.

There are also higher non-material costs that impact battery prices. Diesel fuel costs are up almost 75 percent from last year, resulting in higher freight expenses. Utilities are also higher, which impacts the facilities. Rates are up about 30 to 40 percent, and those costs are also being passed along.

Labor costs are also a factor. While industry recouped over 60 percent of the 1.4 million manufacturing jobs lost during the pandemic, the remaining 570,000 were still unfilled by the end of 2020. Companies report that finding and retaining quality talent is a top challenge. The skills gap in manufacturing could lead to over 2 million unfilled jobs by 2030.  This drives more competition and higher wages for skilled workers.

Additionally, as part of the 2021 Infrastructure Bill, Congress reinstated the chemical excise tax, which went into effect July 1, 2022. The tax would apply to chemicals and substances that are used in countless consumer goods containing steel, plastic, and wood and would also apply to everyday consumer products including batteries.

The lead battery industry in North America is a model of the circular economy. The emphasis on recycling and reusing raw materials as much as possible reduces our impact on the environment. This closed-loop system also contributes to a strong domestic supply chain. Over 90 percent of domestic lead battery demand is met by North American manufacturing.

The Federal Reserve lifted interest rates by 0.75 percentage points in July, the fourth hike this year following an increase of the same size in June, in a move to counter the fastest pace of inflation in over 40 years.

As pandemic conditions continue to ease, supply chain pressure may also ease. However, with the early forecast for the 2022 hurricane season having a 65 percent chance of above-average activity, almost 80 percent of manufacturers expect to have ongoing difficulty in hiring and retaining employees, and with the possibility of another rate increase in September, the road ahead may be a bumpy one.