Do You Speak Auto Battery? 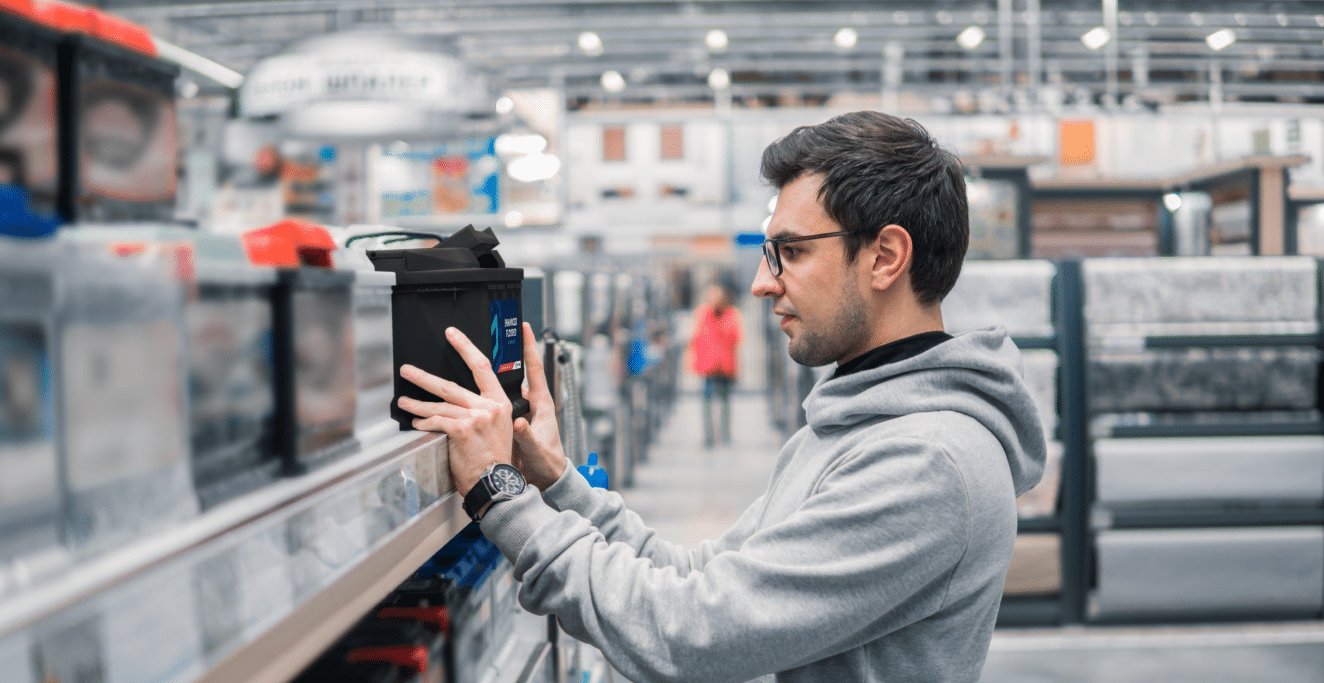 Knowing how to decipher battery terminology can make choosing the right replacement battery much easier. Here are some of the most commonly used battery specifications and terms used to describe battery performance, along with an explanation of why this information is important.

The group size is generally found on the front label, the top label or on both. This number corresponds to the overall dimensions and polarity (the orientation of the positive and negative posts) of the battery. Popular group sizes include 24F, 35 and H6.

This is the first and most important factor in determining if a given battery is right for your vehicle since the battery tray or compartment in the vehicle was designed around a specific size battery.

Volts and Amps: Volts and Amps are the two key electrical units of measure for automotive batteries. One analogy that can be used to explain these two measures is to think of a battery as a highway with cars bumper to bumper as far as the eye can see. Volts (V) would be a measure of how fast traffic is moving. Nearly all modern vehicles with a gasoline or diesel engine utilize a 12-volt battery.

Amps (A), is short for amperes. Amps measure the volume of electricity in an electrical circuit. In our traffic analogy, this would be measured by the number of cars that move past a certain point on the highway over a certain time. Increasing the number of lanes on the highway increases the number of cars that move past that point. The larger the Amps number the more starting power a car battery is able to supply when the key is turned or the “Start” button is pushed.

CCA (Cold Cranking Amps): The CCA measures the number of Amps that a new, fully charged battery can provide at 0º F for 30 seconds before dropping below 7.2 Volts of charge. This is an important metric, especially in colder climates as a battery can see a reduction in power of up to 60 percent at 0ºF versus the label rating.  In application, this rating serves as an indication of the power that the battery has to start a car.

But more is not always better. There can be a negative relationship between higher CCA and battery life in hot climates. Additionally, engines are much more efficient than they were even 20 years ago and on average require lower cranking amps.

CA (Cranking Amps): This rating is derived by the same process as CCA, but the test is performed at 32ºF instead of 0ºF. These ratings can differ across battery brands and may not serve as a reliable metric for comparing batteries. The battery industry group that governs these ratings requires all batteries that state a CA performance must also provide the CCA rating.

While CCA and CA are measures of a battery’s available power for starting a car, Reserve Capacity (RC) and Amp-Hour (AH) ratings measure a battery’s ability to provide power to the other electrical systems in a vehicle, such as stereo and infotainment systems and external sensors.

Reserve Capacity (RC): This rating is the number of minutes that a new, fully charged battery can provide 25 amps of power before dropping below 10.5 volts. The test is performed at 80ºF. For example, a battery with an RC rating of 100 can provide 100 minutes of power to electronic features at a draw of 25 amps.

Amp-Hours (AH): The AH rating is also sometimes referred to as a C20 rating. The C20 language speaks to the way capacity is measured. The test is a measurement of how much power a battery can provide continuously at 80ºF for 20 hours without dropping below 10.5 volts. For example, a battery rated at 50 AH could provide approximately 2.5 amps of power per hour before falling below 10.5 volts.

Cycling: A cycle is simply the process of discharging the power of the battery and recharging it. The depth of the discharge and the total number of cycles has an impact on the life of an automotive battery.

A good example of this impact can be seen in your cell phone. Have you ever noticed that the older your phone gets the faster the battery drains and the more frequently it needs to be charged? This is true with car batteries also.

Many modern vehicles with advanced entertainment and safety features will, at times, use power at a rate that is higher than the engine can recharge the battery via the alternator. This means that the battery is constantly “cycling” between a partial and full state of charge. Over time these cycles can shorten the life of a battery. The good news is that there are batteries with advanced technology designed to perform better in these conditions.

Absorbed Glass Mat (AGM): An AGM battery is different from standard batteries because the electrolyte liquid is absorbed into the glass mats like a sponge instead of free-floating as it would in a conventional battery. These batteries are designed to be more durable in vehicles that have Start/Stop technology or other features that cycle the battery. If your vehicle came with an AGM, you should replace it with AGM.

Enhanced Flooded Batteries (EFB): EFB technology is relatively new in North America, but has been in use in Europe for more than a decade.  These batteries offer many of the same benefits as an AGM battery, but with the added benefit of being more tolerant of hotter climates or in vehicles where the battery is under the hood. An EFB can also be used as an upgrade in vehicles with Start/Stop technology or other power-hungry electronics that did not come with an AGM.

Understanding battery terminology can make it easier to select the right replacement battery based on your vehicle’s requirements.