High school marching bands are usually a common sight in parades. However, in early 2005, Darryl Chamberlain, Stryten Technical Writer, attended the American Royal Parade in Kansas City, MO, and noticed something disappointing. There was an absence of high school marching bands from the Kansas City school district, yet many marching bands from suburban schools were represented. After researching and asking a lot of questions, Darryl learned that a number of factors had resulted in the elimination of instrumental music programs at many Kansas City schools. The district lacked funding; it had lost accreditation; and it needed to improve failing test scores. As a result, school administrators prioritized accreditation and test scores over fine arts programs.

“I was frustrated to see how the instrumental music program had been neglected in the Kansas City school system,” said Darryl. “I decided that I would do something about it.” 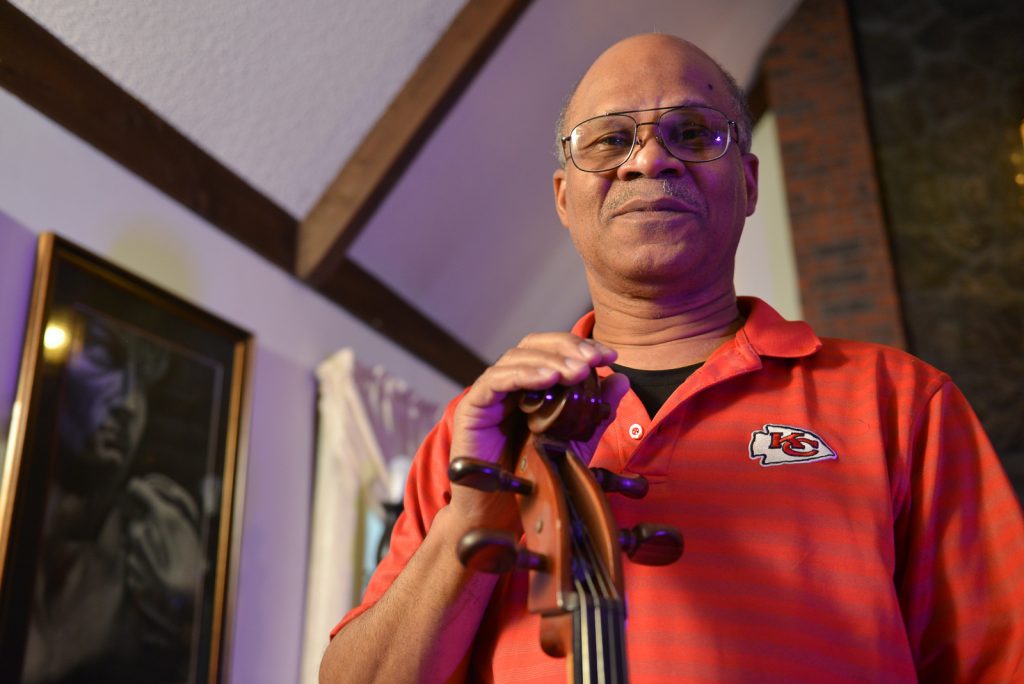 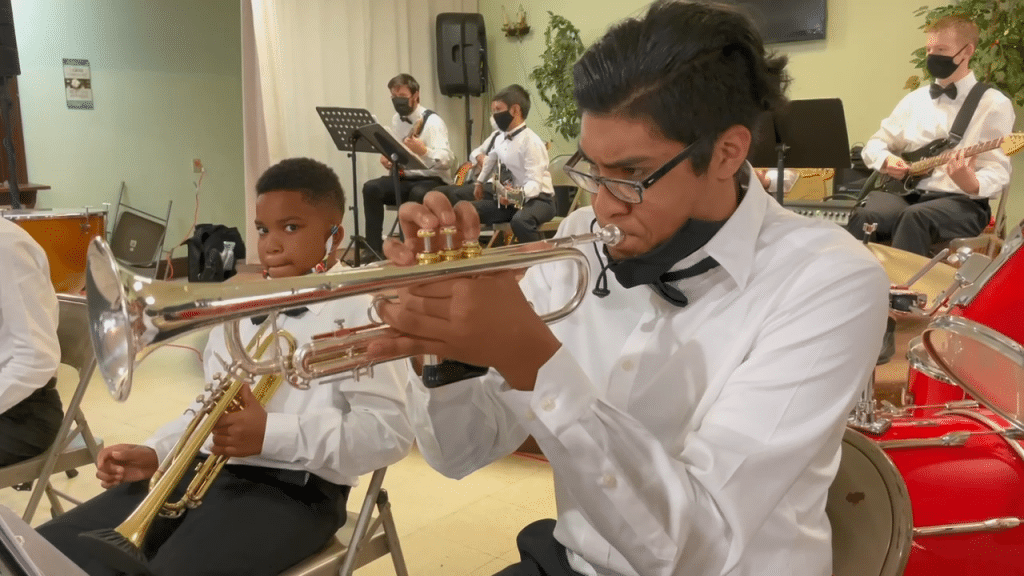 Darryl Chamberlain (pictured top left) has served about 400 students through his music program.

Darryl believes that students who have a love for music should be given the opportunity to study it. He was determined to help provide that opportunity. In 2005, he began purchasing musical instruments with the goal of forming a youth orchestra. He bought instruments on eBay, in pawn shops, from newspaper classifieds, and anywhere used instruments could be found.

Additionally, Darryl felt that the very program that could help with issues that educators grappled with was being put aside for other strategies. “Reports I’ve read show that students in formal music programs have a lower incidence of teen violence, drug abuse and other vices.”

Currently, Darryl has 30 music students in his program. The Youth Orchestra performs routinely throughout the year and is currently rehearsing for a special Black History performance on February 27. Another performance is scheduled in March for the St. Patrick’s Day parade. The A-Flat Youth Orchestra made their first appearance in that parade in 2018.

“The Music Studio gives kids who may not have a chance at a music education the opportunity to get on stage and show their stuff. Music gives you the courage to stand in front of people and say what you want to say,” Darryl said.

The accomplishments and testimonials of his students are evidence that his music program is making an impact.

“Over the years, we have seen encouraging and marvelous things happening with the kids in our program,” Darryl said. “While there might be a few struggling who are new to the program,  the program definitely helps students have strong and successful school careers. One of the students from the 2010 session now has her MD. Another student went to Japan to enhance her college studies, while another has started a music company in St. Louis, Missouri.”

The effect of the music goes beyond academics.

“We get comments like, ‘I have finally found something that I can be good at.’ This tells me that the child has been looking for something. Another stated that, ‘I have never had anyone clap for me before,’” Darryl commented, “I took in a student a few years ago and later found out that when she entered this world and opened her eyes for the first time, she was inside a prison. One mother told me that her son needs less medication since he has been taking music lessons. The victories are many as we continue to serve the youth of the Kansas City area.”

Read more about Darryl’s A-Flat Music Studio on his website.