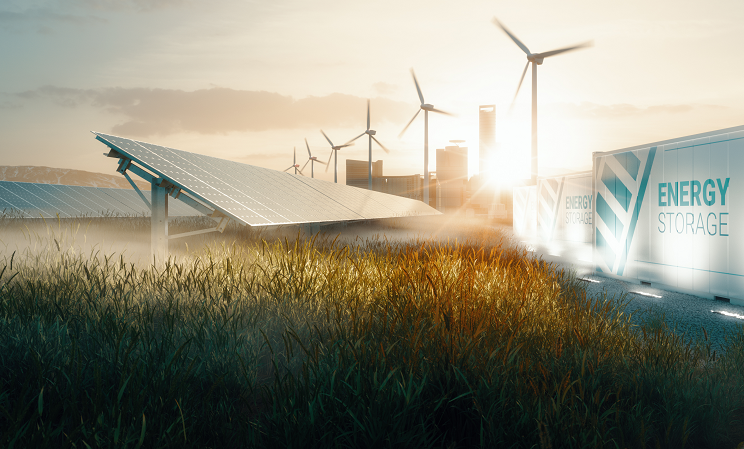 As we consider the significant benefits of renewable energy, we also have to consider the current limitations. The sun may shine and the wind may blow today, but the next day may be overcast and calm. Continuous availability is the key, and reliable energy storage with advanced battery technology is the answer.

Lead batteries have been in use for over 160 years. Their reliable energy storage capability has made them the most commonly used rechargeable battery technology for numerous applications.

In electric vehicle (EV) applications, lithium batteries are used as the propulsion source for the vehicle, replacing gasoline. However, almost every auto also carries a lead battery to power critical safety functions such as power steering and braking systems. Components like the lights, entertainment system and heating/cooling system also run on a 12-volt system, powered by lead batteries.

Because of the strength of lead batteries as a reliable energy storage solution, they are also widely used for backup power supplies for microgrids, residential solar, telecommunications and utilities, for network operation centers and data centers, and even as backup power on nuclear submarines.

Compared to newer battery technologies, lead batteries are inexpensive to manufacture. According to the Department of Energy, lead batteries have a lower capital cost of $260 per kilowatt hour (kWh) compared to lithium at $271 per kWh. Lead batteries also require three times less energy to produce. Lithium needs 450 kWh per 1 kWh, while lead is 150 kWh per 1 kWh. In other words, the energy generated to produce a lithium battery likely costs more due to its energy density.

Another important consideration is sourcing. While the U.S. is one of the leading producers of lead in the world, most of the lead and alloy materials necessary for manufacturing lead batteries come from recycling. Lead batteries manufactured in the U.S. typically contain more than 80 percent recycled material. Because of this domestic sourcing, lead battery manufacturers have a reliable supply chain minimally impacted by foreign trade disruptions.

Major battery manufacturers and suppliers collaborate with researchers to reach the full potential of lead batteries and enhance battery performance efficiency. Battery life has increased 30 to 35 percent in the last 20 years. Lead batteries have a lifespan of up to 18 years, and some have demonstrated lives up to 30 years in standby applications.

A current goal is to reduce the weight of the batteries while increasing energy density. By doing so, lead batteries will become much more competitive with lithium. Research led by The Consortium for Battery Innovation is aimed at increasing the cycle life of lead batteries from 1,000 to 5,000, compared to lithium batteries at around 2,500 to 4,000.

Safety and sustainability are two important aspects as we consider the future of lead batteries. For the telecommunications and uninterruptible power supply (UPS) markets, the lower shipping costs of lead batteries will be an advantage. Lithium is considered a Class 9 Hazardous Material because it can overheat and ignite under certain conditions. Once ignited, the fire can be difficult to extinguish. For that same reason, lead is also preferable for energy storage in areas where the use of lithium batteries is restricted by fire marshals.

Lead batteries also have the advantage of a well-established recycling process. The recycling rate for lead batteries in the U.S. is 99 percent. Nearly 100 percent of lead can be recycled and infinitely reused with any loss of future performance capacity. By comparison, lithium batteries have a recycling rate of about 5 percent.

The transition from fossil fuels to clean energy will take time, much like we have seen with the automotive industry’s move toward electric vehicles. But there is also considerable opportunity. The renewable energy industry is becoming a major employer in the U.S, and the median hourly pay for these jobs is about 25 percent higher than the national average. By reaching a majority renewable energy grid, nearly 1 million direct development, construction, installation, operations, manufacturing, and supply chain jobs will be created.

While some companies are focused solely on newer technologies as a replacement for lead batteries, we believe that a wide variety of reliable energy storage technologies are necessary to ensure that the power generated by wind, sun and water is readily available. Advanced lead batteries also have a role in the growing demand for energy storage solutions. Lead batteries offer a unique blend of extensive domestic manufacturing infrastructure and unparalleled sustainability.